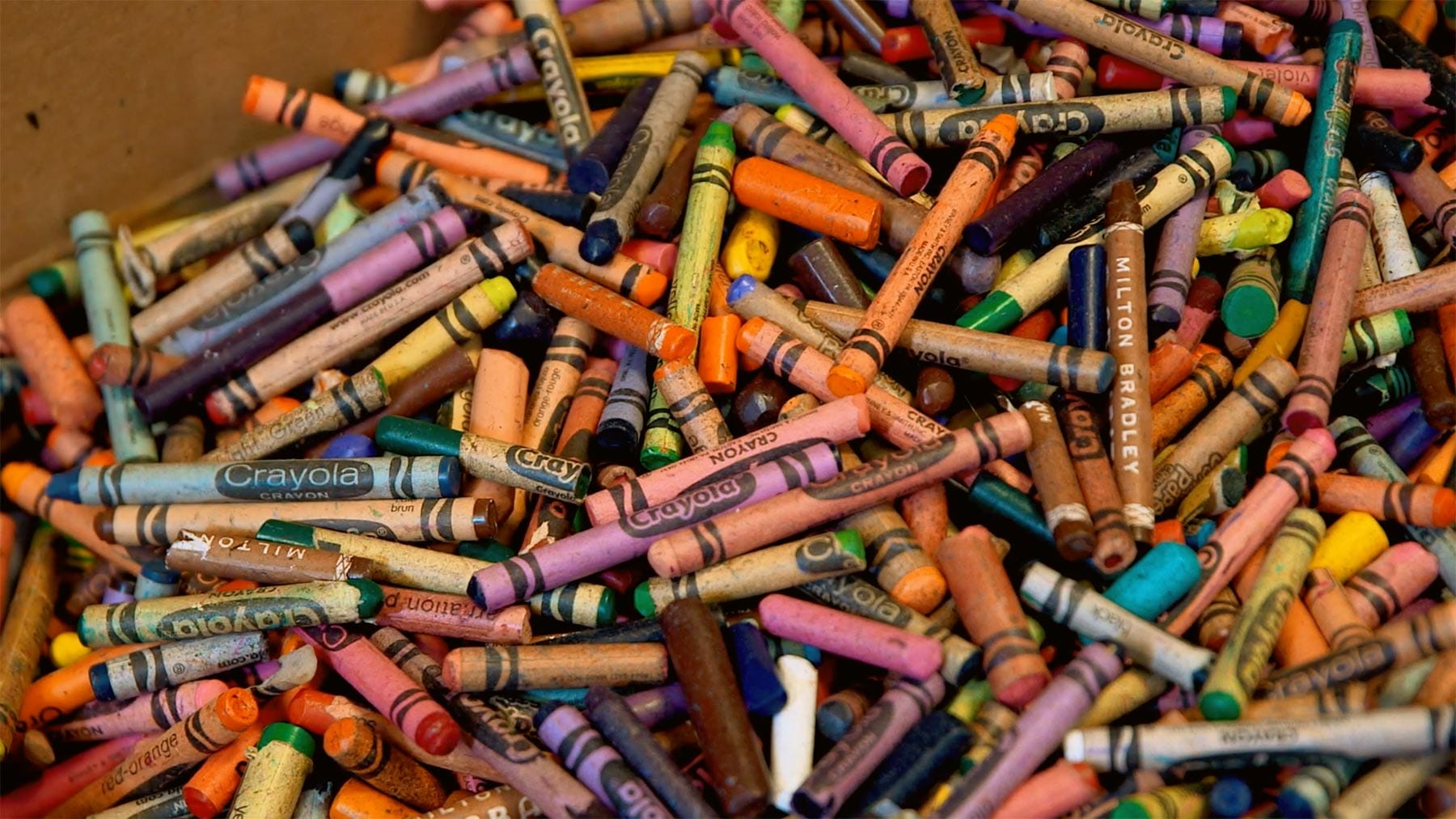 You can find answers to many of your LCFEF questions here. Click on the question to reveal the answer.

How does the new Local Control Funding Formula affect LCUSD?

By some measures, California’s new Local Control Funding Formula has improved matters for our District. Funding per student has increased modestly for the first time in nearly five years. However, there are three factors to keep in mind when considering this “good” news. First, the increase still hasn’t gotten our per-student funding up to what it is supposed to be by law. Second, because of our small population of low income and English-as-second-language students, we have benefitted less from Local Control than practically ever other district in the state. Lastly, and most importantly, this modest increase doesn’t change the fact that we have been running under serious deficits for so long. This is not a windfall; rather, it’s an opportunity to start paying off costs that have been deferred for years. The LCUSD has incurred $23.4 million in cuts over the last five years. The slashed services and maintenance those cuts represent, as well as new costs like Common Core technology, continue to be an enormous fiscal burden.

Isn’t The State Lottery Supposed To Help Fund Our Schools?

The lottery is required to forward at least a third of their proceeds to K-12 education. While that amount generates nearly a billion a year for the state’s K-12 budget, on a percentage basis it’s a drop in the bucket. Take a look at this page at EdSource (which is an excellent site for reference on these issues): http://www.edsource.org/data_lottery-k-12-ed.html Unfortunately, the contributions provided by the lottery are also dwarfed by the massive cuts that have occurred at the state level (so the lottery adds a billion, and then the state takes away well over that amount). LCUSD does receive a small amount from the lottery, but the number is already incorporated in its ever-dwindling budget.

The Parcel Tax Was Renewed In The Spring Of 2014? Doesn’t That Fix Our Funding Problems?

The renewal of Measure LC in March of 2014 allowed the District to:

However, in the six years prior to the renewal of the parcel tax, LCUSD lost about $17.4 million in funding from the state.  During that time, the District spent against its reserves to keep cuts away from the classroom.  There is much deferred maintenance and capital improvements that require attention.  Additionally, school districts across the state are now expected to markedly increase their contributions to public employee retirement programs. Although the parcel tax will bring in about $2.6 million each year, the District continues to spend against its reserves (albeit less than before) to address the needs of our students and our campuses.

Does LCUSD Receive Any Federal Funding?

From 2008-2011, our school district received about $3.5 million in federal funding as part of the various recovery programs created by Congress.  However, that funding source has ended. The minimal federal funding that LCUSD receives is earmarked to assist programs that serve special needs and low-income students. Current federal funding accounts for 2.3% of the District’s total budget.   California school districts do not receive any federal money for the implementation of Common Core.

What About Applying For Grants?

Beverly Hills Unified Became A “Basic Aid” District And Gained Extra Funding. Could That Work For Us?

Our District has looked into converting to a Basic Aid district.  Unfortunately, they learned that the total assessed property value within LCUSD boundaries is a fraction of the amount necessary to make this option work for our community.  Even so, they have instructed staff to review the calculations each year to determine if we ever cross-over. Essentially, communities that adopt Basic Aid stature have major commercial and/or multi-family real estate in addition to high residential property values. These properties boost their assessed values sufficiently high to deliver greater funding to their schools than they would otherwise receive.  Beverly Hills is a perfect example, with some of the most valuable office and retail properties in the state, plus numerous high-rise condos on Wilshire Blvd. Meanwhile, La Cañada has relatively very little commercial real estate, making us a poor candidate for Basic Aid, even though our home values are relatively high.

How much do we spend on administrative salaries?

In general, our administrative staff salaries have moved from where they once were — top quartile compensation — to below median among the 47 unified districts in Los Angeles County.

How Are Developer Fees Used?

Developer fees are paid by La Cañada residents and commercial developers when they pull permits for new construction. Developer fees were designed to help school districts physically expand to accommodate new residents. As such, the District can only use developer fee income for construction and infrastructure. These fees cannot be used for general operating expenses like the hiring of new teachers, or the maintenance of existing school property.

Does The District Have Assets It Can Sell In Order To Better Fund The Schools?

The District owns the Foothill Intermediate School and the Oak Grove Elementary site.  However, currently, they receive significant rental income from FIS and Oak Grove (approx. $1.7 million annually) that they have come to depend on for operating budget purposes. The smaller Palm Drive property does not provide current income. It would be one-time money if sold.

Can The District Charge Fees For Sports, Art Or AP Classes?

The District cannot legally charge for sports or extracurricular activities.  Typically, however, parents donate funds to cover costs.  For example, outside of certain coaches’ salaries, all athletic programs’ costs are covered by participating parent donations, along with groups like Boosters, band and choral parents’ associations, etc.  The District also cannot legally charge for an instructional class, but many of the supplies are paid for directly by participating parents through donations.  Through these donations, the district covers various related costs well in excess of $2 million a year.

Out-of-district students can actually decrease class sizes. Our district, like every public school district in California, receives funding from the state on a per-student basis. The more students we have, the more money we have. By allowing in a limited number of out-of-district kids, LCUSD is able to retain additional teachers and reduce the overall number of students per class.

What’s The “Romero Bill,” And How Does It Affect Us?

The Romero Bill allows students in bottom performing schools to apply to any higher performing school.  The Board established a policy in consultation with the Los Angeles County Department of Education to conform with the new bill.  County staff members have verbally approved key provisions of the new policy. The District is currently in compliance with the law and may receive applications from poorer performing schools.  They must apply in accordance with the District’s established, compliant procedures and within established deadlines.  The District’s priority order accepts Romero Bill applicants only after residents, District employees, and those employed full and part-time in the district.  Romero Bill applicants are subject to space, program, resource availability and the same standards and requirements as all other permit students.

Why Can’t The District Lay Off Teachers Based On Merit, Rather Than Seniority?

LCUSD can’t put a merit-based tenure system in place. California State law specifies tenure and many other teacher-related labor issues, including the requirement to lay off strictly by seniority.

Can The District Hire Non-Union Teachers?

By state law, a school district is not permitted to make a permanent hire unless they negotiate with a “qualified bargaining” entity.  Only the existing unions qualify under this law.  A teacher can decide not to join the union, but their contract is still negotiated by the union.

Are Our Teachers Making Sacrifices Along With The Rest Of Us?

Yes.  Teacher health and welfare benefits continue to be held to a “soft cap” and only increase based on actual, funded cost of living adjustments (COLA).  Additionally, teacher salaries have only increased 6% since 2007, a negotiation completed in 2014.  The District offered an early retirement incentive plan in 2014 that provided for an overall cost savings.

Share on:
Invest in our future by giving today.
Donate Now